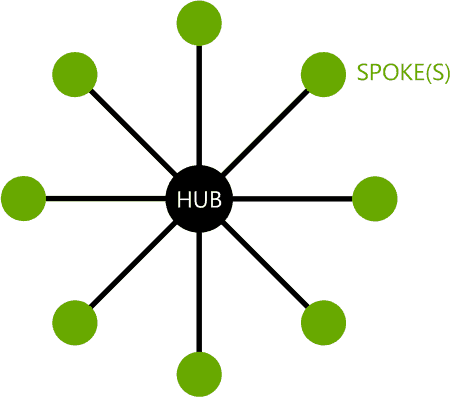 It’s been a long time overdue but I have finally released an update of the Blog Profits Blueprint, my ground-breaking report from – and you won’t believe this – 2007!

Yep, that’s right, it’s now more than a decade since I first published the Blueprint. What’s even more amazing is every single day at least ten people (and at times several hundreds each day) have signed up to my email list to get access to the free Blueprint report.

When I first wrote the Blueprint I knew it would be a good report, but I never dreamed it would have such prolonged impact. I believe the main reason it has succeeded as long as it has is because – 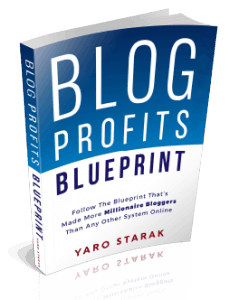 Although I did teach fundamentals, many of the resources I mentioned are well and truly dated now.

For example I mention Digg and Del.icio.us as leading traffic sources (they are far from leaders today), talk about Myspace as a leading social network (obviously no longer the case), and recommend MyBlogLog.com as a place to attract traffic from (it no longer exists).

These are the areas within the Blog Profits Blueprint I have continued to update, however the overall structure of the report hasn’t changed because I don’t want to mess with what works already!

I will always update the report and when it’s ready for release I will let you know about it here on Yaro.Blog. In the meantime you can still download the current version if you have not already.

One of the key concepts I introduced in the Blueprint in the chapters on traffic generation is “communication channels“.

To quote the Blueprint:

I like the idea of creating pathways that lead back to your blog.

This connects really well with the “hub and spokes” model of online marketing.

This model features your blog at the center, with all the “spokes”, like on a bicycle wheel, pointing to it. Each spoke is a communication channel, a traffic source.

I then broke down the idea of communication channels into “streams” and “rivers”, which basically means big and small traffic sources. You might call these thin and fat spokes if we continue with the hub and spokes analogy.

For this to work as a business model you need some way to make money from the traffic.

To complete the picture, if you look at your blog as the front-end to a back-end “sales funnel” of paid for products and services, you have the formula for a very successful online business. That is the exact formula I have used for the last six years to make money as a blogger.

Today we are talking about traffic, which is very much a front-end part of the equation. In fact, this is the very front of the picture – the point where you first make contact with people and potentially bring them into your business world.

The Long Road To Traffic

I’ve never created a website that was an overnight success. It does happen, but it’s very rare.

The same can be said for websites and blogs.

My card game site began as a free Geocities website — and boy was it ugly! Many months later I got myself a domain name and created a slightly more professional design.

Over the years the site went from five to ten visitors a day up to five hundred a day during its peak several years later, largely thanks to a trading card forum I added to the site.

My proofreading business never had massive traffic, at best a couple of hundred visitors a day. However the places that I sourced that traffic from were very targeted, so I was able to attract enough customers to make a living.

My blog went from brand new, to a couple of hundred visitors a day within a few months. By the end of the year I had about 500 people a day visiting. I reached 1,000 a day within 18 months…not exactly quick, depending on what standards you look at.

I’ve also had many other “failed” websites, including a trading community site, an MP3 music downloads site and an activism news site.

What I learned growing all these sites was that traffic came when I triggered events to bring the traffic to my site.

How much traffic, whether it was a small stream or a large river, was dependant on the source of that traffic and how compelling my offer was to them.

Sometimes the sources where I expected significant traffic to come from didn’t deliver much of a return. Other times I was surprised by how much new audience would come from a site that was not directly related to mine.

What I can say now after years of experience is that no single event will be enough to achieve your goals. You are going to need to build many streams and hopefully hit some rivers along the way, to create a successful blog.

Looking back at the sites I created that didn’t work, comparing them to the ones that did, there is a clear distinction: I put more work into the sites that succeeded.

That might seem obvious, but it’s a point worth making.

The blog or online business you build that will succeed is because you put in plenty of hard work into it. 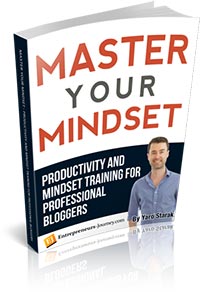 This is not meant to be an article about motivation or mindset, I have plenty of those including an entire e-guide about it (Master Your Mindset).

For whatever reason, you will find certain projects you do more compelling and will thus be willing to work on it longer. It’s constant work, completed even when it seems like you are going nowhere fast, that will lead to the result… eventually.

Much of that work when it comes to growing a blog will be focused on marketing. You will spend a lot of time coming up with initiatives to expose your ideas to others.

Communication channels by nature reflect a condition that is constant in life: What is harder to achieve is of more enduring value, and vice versa, what comes easy is rarely of long term or significant value.

Small traffic streams are easier to open up, but they won’t flood you with thousands of new readers or subscribers.

Larger traffic sources will open up when you have something that is more profound to offer to people.

In the Blueprint I talked about small traffic sources like blog comments, leaving posts in forums and article marketing.

For the larger “Rivers” of traffic I suggested techniques like podcast interviews, videos, teleconferences, releasing software and free reports.

It’s quite clear that leaving a comment on someone else’s blog compared to writing an entire free report, is a lot less work.

The greater the value you create for others, the greater return you receive in attention and traffic.

That being said, there are ways, intelligent ways, to stack the odds in your favour so you can reap more reward from less work.

Let’s take a look at some of those now…

Today traffic generation has changed. When I started there weren’t as many distractions so you could create something good, tell people about it and usually it would take on a life of its own, spreading to other people organically and enjoying a long period of exposure.

This still happens of course, but you face a lot more variables that compete for attention. The end result is you experience a much shorter time period in the limelight, as people quickly move on to the next distraction, whether that is YouTube, Netflix, Spotify, Reddit or Facebook (or countless others).

The flip side of this situation is you have more places to tap for significant traffic.

In some ways this is better because rather than spend all your time creating amazing resources and then quickly watching your spike of traffic dissipate, you can create just one amazing resource and then take it to each traffic source over time, building your audience gradually.

Here’s some more advice to help you get more from less when it comes to traffic generation fundamentals.

Targeting is the ultimate “less from more” strategy. If you hit the right people, even if there are only a few hundred of them, they are much more likely to be responsive.

Like targeted sources of traffic, people with influence can move a lot of eyeballs online with something as simple as a link and a statement of endorsement.

If you can form a relationship with a person who has influence over a tribe, and you convince them to endorse your resource with a link, the results can be spectacular, especially if you repeat it with many influencers. 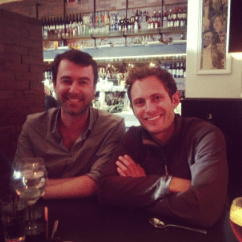 While talking to Noah Kagan when he was in Australia recently, we discussed traffic several times. Noah spends a lot of time buying traffic online for his Appsumo business. I was eager to learn from him given how quickly Appsumo has grown a list of almost a million subscribers in a short period of time.

Noah commented that some of the best traffic he has ever experienced, especially when it comes to conversion, has come from the big leading influencers like Tim Ferriss and Pat Flynn.

He noted that the people who follow these guys are almost evangelical. Without wanting to use the word “cult”, the sense of faith that these influencers inspire in their audience is tremendous.

Case in point: Tim recently posted a blog article about an opportunity to be an angel investor with him as a syndicate leader via AngelList. I’ve been on AngelList for a while now, but unfortunately only saw this opportunity from Tim a few hours later in the day after he announced it. It was fully subscribed to the tune of $250,000 raised within 53 minutes.

Reputation still matters online. If someone people respect and pay attention to does or says something, their army of followers will… follow.

As attention spans decrease, the amount of touch points you need to have with a person before they take action increases.

This means you have to create mechanisms to continually engage with your audience, ideally on more than just one communication channel. For example, convince people to join your newsletter AND follow you on Facebook, and you increase your chances of keeping and increasing the attention they show you.

One thing I want to highlight before I end this article.

Not every successful blog got there on the back of massive exposure events.

Sometimes, especially in the case of those not-quite-overnight success stories, the audience is built one new reader at a time over years.

Most people look at how much traffic they receive from a new source the day or two after the event. If you only get 50 people you are upset, if you get 5,000 you are happy.

I argue that it’s just as important to factor in the duration of that traffic source. By that I mean how long will that traffic keep coming over time?

If a source delivers ten visitors a day but does so for three years consistently, that’s a whole lot better than having a one hit show that might bring in 1,000 visitors today, but only 100 tomorrow and none by next week.

Longevity matters. Just as your content pillars form the foundation of your blog, your traffic pillars allow you to create a business that delivers value even when you are not featured as the flavour of the month.

Here’s What You Should Do Today To Grow Your Traffic

I’ll end this article with a simple set of steps to follow that will lead to significant blog traffic over time, if you put in the work over time.

Do these five things well and in a few years from now you will have a thriving audience.