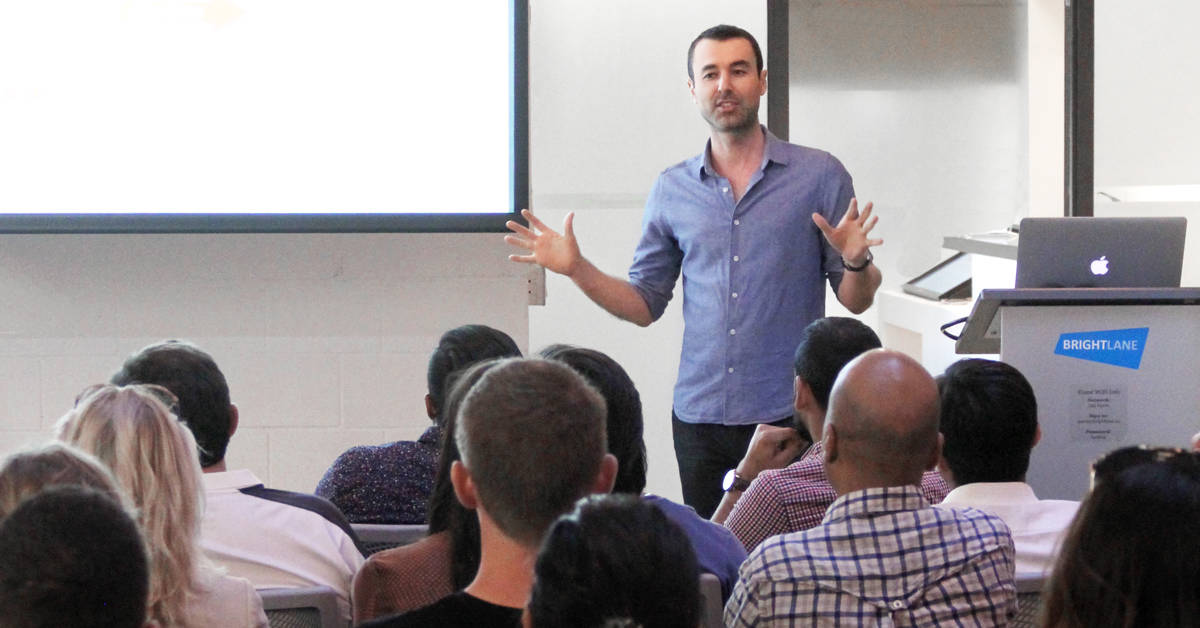 I remember my first business plan.

Well, to be honest, it wasn’t much of a business plan, because in 1995, I knew next to nothing about ‘business’. After reading an article about how critical it was to have one, I put pen to paper and jotted down some notes to myself. And then, I plugged numbers into a template.

For “Desired number of prospects or subscribers” I put “75,000”. If I could get 50 to 100 leads per day, and then work in a viral mechanism where readers invited new subscribers, this would happen within a year or two.

Under “Target number of customers” I wrote “25,000”. After all, with the quality of content and value I planned to deliver, it was likely to be more than one-third of my audience!

Remember, this was way back when email was killer. We had ‘open’ rates in the 70% to 95% range, most readers being eager to see what was in their inbox. No spam, no email overload, no body part enlargement or lottery scam messages – yet. And very quickly, even with my little knowledge about marketing, I grew an email list of 15,000 subscribers in a health niche.

Every week, I would mail out a newsletter. Two – or sometimes three – articles. News stories and updates. Links to authority content and valuable, informative resources. A ‘question and answer’ section. Readers loved it.

This was while I was a resident in cardiac surgery. My average work week was around 100 hours. There were phases where I only came home once in five days! And naturally, my e-publication was delayed now and then.

What happened on those occasions was my first real-life example of having “raving fans”.

I’d get a flurry of emails asking whether I was ok, why my newsletter was late, if they were still on the list, and when they could expect to hear from me next. Not the rare one or two, but literally dozens of them.

And each time, I noticed the same familiar names in my inbox.

It was many years later that I read Kevin Kelly’s paradigm shifting blog post about “1,000 True Fans” and learned the metrics behind a philosophy that is based on building a lasting, sustainable business or movement on the back of just one thousand raving fans.

Who Is a True Fan?

Look at some of the celebrity blogs and gossip sites and you’ll see what I mean. Most of the tid-bits on those sites are totally disinteresting to most of the viewers – but to the raving fans of the celebs in the news, they are like honey to bees.

I hardly ever visit TMZ.com, the celebrity gossip news site. But when Michael Jackson’s manslaughter trial began, I watched all the video clips on the site, read all the news stories about it, and even skimmed some of the opinion pieces on the site. Not because I suddenly found TMZ.com appealing – but because I’m a raving fan of the singing superstar!

How To Attract True Fans?

Not all of us are as popular or famous as Michael Jackson. Many of us never will be. But that doesn’t mean we can’t attract fans… or that we don’t deserve to. One lesson Life has taught me is that everyone matters, no matter who they are and what they do.

If only enough people heard about the things you do, the kind of person you are, the dreams you dream and the hopes that keep you plugging away towards your goal, believe me… you WILL have raving fans of your own!

Let me recall for you the powerful words of Marianne Williamson’s poem, “Our Greatest Fear”.

So, you deserve your own ‘true fans’, but…

In a word, you must…

The word is confusing and mis-interpreted by many to be something far beyond what it really means. Seth Godin’s best-selling book “Purple Cow”

“When I say remarkable, I mean just that… It’s worth talking about.“

That’s it. Worth talking about. That’s remarkable.

You, me and everyone else reading this blog can be remarkable – because we all can do things worth talking about. In fact, we already do it every day!

There’s a nice quote that comes to mind…

“Advertising is the tax you pay for NOT being remarkable.”

When you think about it, you’ll realize how true that is. Advertising is the attempt of a business (or an individual) to try and stand out from the crowd, get noticed, and move the target audience to talk about them. In other words, advertising is an attempt to buy ‘remarkable’.

It’s cheaper – and easier – to BE remarkable!

How To Be Remarkable?

You can stick out like a sore thumb – or stand out like a beacon. Both mean being remarkable, but the context is different. One is being viewed in a negative light, as a nuisance, a joke, an embarrassment. The other is being looked up to as a symbol of hope, leadership and inspiration.

You choose whichever approach fits you – but it seems the second is far better to strive for, right?

You can be remarkable in many ways… by being

The possibilities are just limitless. Whatever it is you are doing now, there is a way to be remarkable at it – by ‘upping your game’, cranking it up a notch, setting it on a higher trajectory, giving it a little boost or a giant bump.

Let’s say you’re writing a book. You could make it just another book. Or you could make it the most awesome book ever written since paper was invented. You’d imagine that would be difficult, if not impossible… but take a look at one way it was done.

Sheridan Simove’s “What Every Man Thinks about Apart from Sex

“ was a run-away best-seller on Amazon.com – and the interesting thing is that anyone, yes even you and me, could have come up with this brilliant idea. Read all about it here.

It’s really EASY to be remarkable.

Just do something no one has done before!

Why My Fans Think I’m Remarkable…

There are thousands of heart surgeons. There are millions of writers and authors. Today, there are billions of web pages.

But there are still not many heart surgeons who write books and manage websites like I do.

That alone may or may not qualify as remarkable. But here’s what does. I’m the only heart surgeon who writes and sells books on my website to raise funds that sponsor life-saving surgery for children from under-privileged families who cannot afford the treatment on their own.

I did not choose to do this in order to be seen as ‘remarkable’. I simply followed my heart. It was what I wanted to do with the incredible advantages I had been given.

But it turned out becoming remarkable. I was featured in a follow up ebook to Seth Godin’s bestseller called “99 Purple Cows”. I was interviewed by “Fast Company” magazine. I was mentioned on several high-circulation newsletters and blogs with readership in the millions.

Why Do True Fans Matter?

You might expect that my fundraising efforts rely upon the support and contribution of hundreds of thousands of sponsors. Actually, we’ve only ever had a couple of thousand donors for our Heart Foundation.

But here’s the key.

Most of these donors have given over and over again, invited friends to contribute too, help spread word in media and channels I don’t have access to, blog about the needs of our heart kids… and all of this spreads awareness about a deadly health condition that claims thousands of little lives around the world.

The spin-off effects of all this activity by fans is hard to measure or quantify. But even without trying to, it’s obvious that the ripple has spread far beyond any reasonable limit I could have reached on my own.

True Fans, raving and excited fans, can power ANY enterprise to heights and accomplishment far beyond the capacity and capability of the folks who initiate it. I owe a deep debt of gratitude and appreciation to my fans – and they know it.

Based on my personal experience, I’d say building a base (be it ever so small) of true, passionate, supportive fans is the best investment you will make in your business future.

Another ‘case study’ is right under our noses – this very blog you’re reading.

Yaro Starak’s true fans are all over this piece of virtual real estate – and keep coming back over and over again to stay in touch. Yaro himself hasn’t been as active as before, because of personal challenges. Yet his fans haven’t even thought about forsaking him. True fans never will.

But… What Can I DO To Get True Fans?

All that I’ve said so far may not seem helpful in a practical sense. (It is, actually, but in a subtle way that isn’t obvious or apparent.)

So for those of you who prefer ‘guidelines’ or ‘blueprints’ or ‘rule books’ or a play by play action plan to build a fan base and attract loyal supporters, here are some resources to study and learn from.

I won’t overwhelm you with much more. Take what you like of these suggestions. Read as much as you can to learn about the concept. But in the end, don’t mistake learning for doing.

Being remarkable and attracting fans is a direct function of the action you take.

It’s about becoming the kind of person that others look up to, draw inspiration and encouragement from, and want to emulate, follow or support.

Be that person, and your true fans will automatically appear. And chances are good that there will be far more than just 1,000 of them!