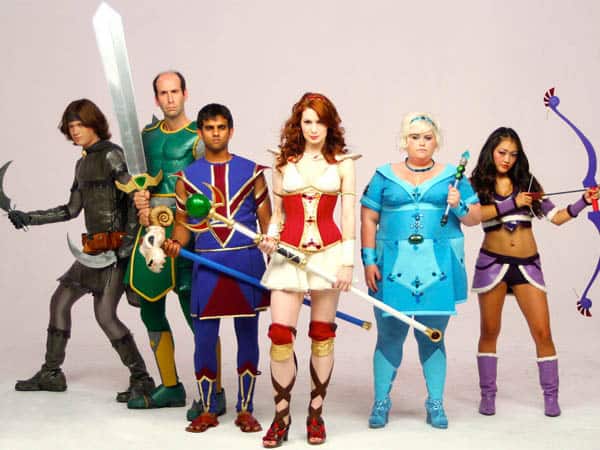 I Have Been Seduced By Online Video

Every year I attend a massive sci-fi and pop culture expo called Supanova. There are events all around Australia and for anyone who is even slightly geeky, such as myself (well maybe more than slightly), they are awesome.

Whether you are into comics or anime or science fiction or superhereos or video games or card games or fantasy art or books or whatever geeky thing you like, Supanova has it.

One of the best parts of the expo is cosplay, which is where people (and that means kids AND adults) get dressed up as characters from whatever tv series or comic or movie or video game you like.

I haven’t been game enough to do cosplay myself (I’m thinking about it for next year), but I have to say that the costumes is what makes the event special. There’s a competition at the end of each day where cosplayers show off their hard work creating often hand-made costumes, and sometimes act out prepared skits. It’s quite hilarious sometimes, cringe-worthy other times, but always done in a spirit of sharing in a safe and geeky environment.

This year as I was at the Brisbane Supanova expo I found myself walking behind a red-headed girl who looked very familiar. Initially I thought she was just another attendee, but as I continued to follow her she was led off into the autographs area.

It was then that I realised she was probably a “somebody”, and I had a hunch who it might be. 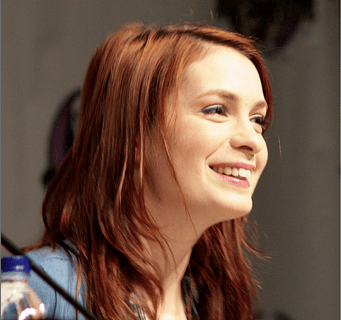 Felicia Day, one of the modern day icons of geekdom, attended the event and I’m pretty sure she is a red head. Felicia is the creator of a web series called The Guild, which I had heard about several times but had never taken the time to watch.

That night after Supernova I had to confirm whether it was Felicia or not, so I went to www.watchtheguild.com and started watching her show.

I think I ended up watching the first two seasons that night. It was brilliant, incredibly funny especially if you are geeky, and yes I was certain that it was Felicia who I saw that day.

The Guild is about a group of geeks who play an online video game (the game is a type of MMORPG – Massively Multiplayer Online Role Playing Game – I have no idea how that title actually stuck!). These people have never met in person, but throughout the series they form real life relationships and it’s hilarious, one of the funniest geek shows I have seen since Big Bang Theory.

Each episode of the Guild is about five to ten minutes long, so a season only tops out at just over an hour. You can watch entire seasons as one video at The Guild YouTube Channel.

Felicia has become a mainstream celebrity of sorts. She’s landed a lot of work, including movies, TV series, voice overs for characters in movies and video games and a whole lot more. She’s basically become a “proper” celebrity and I bet she would say The Guild has a lot to do it with.

As a result of watching The Guild I started to explore again what’s going on at YouTube. Since video is a part of my strategy for next year as I repurpose my blog content for consumption as audio and video, YouTube will play a massive part.

I’ve actually been creating videos on YouTube since 2007, but very sporadically. There’s some shocking old stuff on there from my long hair days, with poor quality video and audio, and also clips from my travels around the world in 2008.

While The Guild is a proper show with enough of a budget for all the things you would expect on a TV series like make-up, lighting, sound, script, etc, it’s pretty clear you don’t need all of that to become popular on YouTube.

I’ve always found it fascinating that people can simply power up their webcam, hit record, have a rant about their life or whatever they want and build up a following. I’ve seen channels where each video gets about 20,000+ views when all the person does is talk about their day in a “talking head” recording from their bed room. They do this every day and build up a fan-base.

I have this new macbook pro, I wonder how good the built in camera and microphone are.

I opened up Quicktime, hit the record new video button and did a short test. The video wasn’t super high quality, but a lot better than previous webcam vids I have done with other computers.

It was right then that I decided why not follow in the footsteps of all these YouTubers, fire up my webcam again and start my own daily talking head show.

I put my laptop on a couple of boxes, sat on a chair, and recorded this, the first Yaro.TV Daily –

Since then I’ve been doing one each day and you can find them all at Yaro.TV, my YouTube channel.

These videos are raw. I hit record, ramble for a few minutes about what I have been doing that day, mostly talking about what I worked on for my business, but also some personal life things since that’s what YouTube is all about, and then upload the file directly to my channel.

There’s no editing, no adding intros or outtros or music, just me and the camera.

It Didn’t Stop There

I don’t want my channel to be just me rambling in quick talking head videos, I want to fill it with all kinds of interesting content.

I’m currently building the team that will turn my blog posts into video content, but I thought why not have a little fun with Screenflow myself since I know how to use it, and put up a few clips from other things I have done.

I’ve wanted to put up slices from some of the speaking gigs I have done in the past. Since I have the raw files for a couple of them, I decided to start there.

I opened up a presentation I did with Liz and Matt Raad about buying and selling websites for profit. It’s the most recent presentation recording I have, the only one that features short-hair Yaro. I have a few from some other events and I have to say I cringe a little looking at my hair and choice of clothes, but that won’t stop me from putting them online!

I did a little bit of editing, found some nice segments I could slice out, added some intro and outtro splasheos (thanks Gideon!) and then uploaded them to YouTube.

You can see one of them here –

Unfortunately the audio is not great. I boosted it as much as I could in Screenflow, but my original source file is very quiet. If you turn up the audio on your computer you should hear it fine.

For the last few days I’ve been uploading two videos a day. A short Yaro.TV Daily recap and a clip from a live presentation. It takes me about an hour all up get both videos online and it’s actually a lot of fun, so I’ll no doubt have a lot more coming soon as I go through my back catalogue and keep doing dailies.

It’s because of this that I invite you to subscribe to my YouTube channel to keep up to date with all the content I will publish there.

I’m not going to post every single video I do to this blog, it will be too much content, so subscribing to my YouTube is the only way to keep on top of my video content.

To end this post and just for a laugh, here’s the first ever video I published to YouTube. It was in 2007 and I was in the eye-of-the-storm for my first ever product launch.