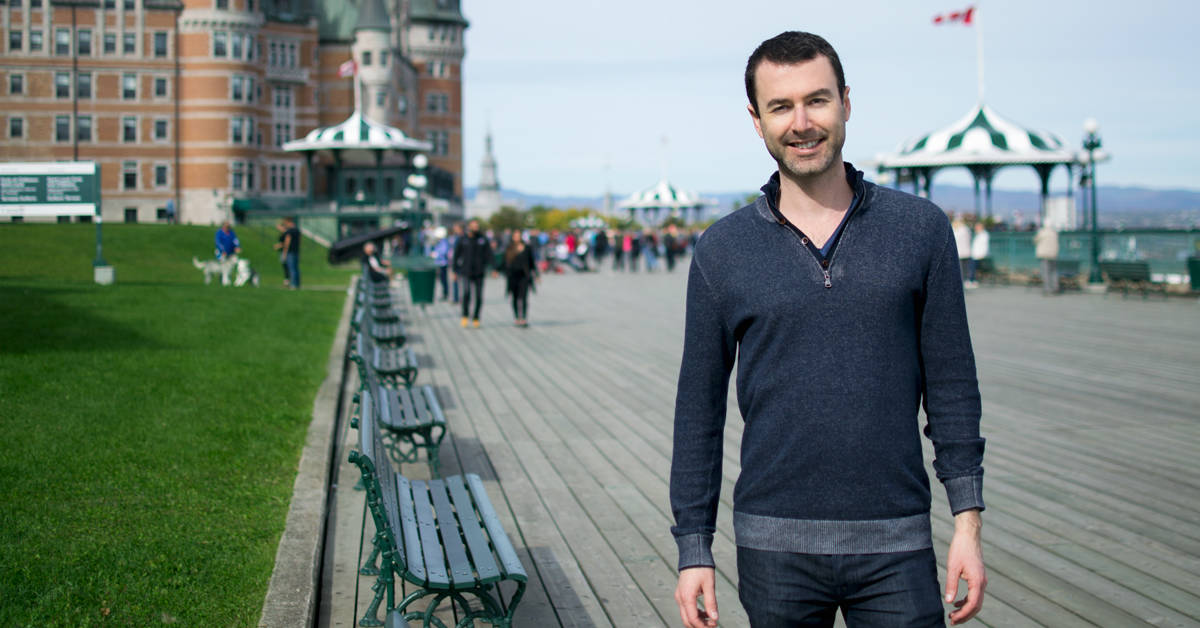 Can You Become Too Old To Be An Entrepreneur?

This is the fourth such event I have attended. They are definitely a highlight on the Brisbane tech scene, attracting 100 to 200 entrepreneurs and people involved with or interested in launching a startup company.

Brisbane isn’t exactly known as a tech hub globally, but it’s great to see so much interest in technology and business in our big country town.

After the event I went to James Street, a trendy area near the inner city of Brisbane to have dinner with Walter, my partner in Crankyads.com.

As we sat down to dinner we were talking about our current project and some of the past projects we had worked on.

Walter is 31, so just a couple of years younger than I am. He’s worked as an employee, a contractor/consultant and as an entrepreneur during the past ten years or so since he graduated university, so he knows what it’s like at each different level of involvement in a business.

We reflected on what our mindset towards entrepreneurship was like when we were in our early twenties, compared to now. It has definitely changed over the years.

Wow, You Are So Old

I told Walter a story about a girl I used to date who started modelling relatively late in her life, at least in model years.

I think she started around 23 or 24, towards her mid twenties, what you might call the twilight years for many models.

She told me how she went to a fashion shoot once with these other models, many of whom were in the 16 to 20 years old bracket. The younger girls looked up to her because of her “advancing” age.

Wow, you must have so much life experience because of how old you are, I can’t imagine what it’s like to be that old.

Not the exact words, but you get the gist.

Walter and I had a chuckle at this, but we also remember what we were like at 20 years old.

I can remember looking up at 25 years old as a major milestone, thinking I would be so confident and established by then. I didn’t even think about turning 30, that was in the far distant future.

My younger self looked at my future life when it comes to business very differently than I do today.

I had so many ideas back then, projects that I wanted to launch. At that age I saw every idea as a realistic opportunity, something I could start and would have the time to do. 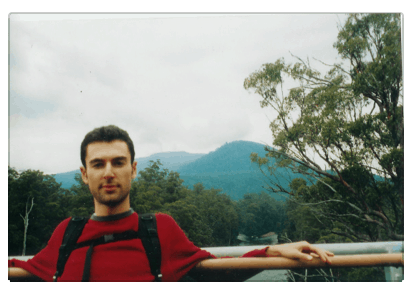 This is me when I was about 23 years old in Tasmania, approximately ten years ago.

Many times I did start projects on a whim, especially after I gained the skills to make websites.

If I had something I was interested in, like activism at one stage, and MP3 music at another when the format was new and hard to find in the pre-napster days, I’d spend a few weeks making a website about it.

I loved the creation part, though I really didn’t think about much more than what the website would look like and what content I could put in it.

The underlying comfort I had back then was that there was time.

I had time to create things just for fun. I had time to “mess up” and “feel lost” and I could waste time too, because I could always start something new.

I was hopeful that something would take off. Like everyone I wanted to make money.

Some projects did work, but I was always distracted by other interests, so rarely focused all my energy on just one thing.

As I grew older I started to see the big picture, learning that a project takes more than just a website that I throw together in a week of late night coding sessions.

I began to understand concepts like leverage, and to see what business models I liked, and which I didn’t.

Many of these realisations came about because of the different businesses I managed over the years.

As I eventually reached 25 and then sped towards my thirties, I became more focused. I started to eliminate projects and spend time on what I enjoyed the most and saw the potential for leverage. As a result I made more money in those five years than I had in my entire life before that, several times over.

Your Use By Date

Now at 33 years old I do not think the same as I did in my early twenties. I don’t start and stop projects so quickly, yet I don’t seem to think of as many new projects as I used to either.

I’ve become settled in some ways. I’m much clearer about what I enjoy doing, and I don’t have the pressure to prove to myself that I can do certain things, because I have done them.

They say that by the time you hit your mid-thirties your chances of making a million dollars drops significantly (I’m not sure who “they” are). It’s like 35 is old in “entrepreneur years”, with your business fertility decreasing just like a woman’s ability to fall pregnant at the same age.

Of course there are many people who buck the trend, and unlike models, our fading looks as entrepreneurs don’t matter. Our ability to innovate is what counts.

However it does appear, especially after watching a documentary like The Startup Kids, that high stakes startups are more for the young.

The young can handle failing, the young can spend a few years on something that may not work, the young can eat noodles, work all day and forget about things like “life balance”, all in the hope of creating business success.

Of course anyone can do these things, and I’m sure there are many people reading this who are currently in their 40s or 50s or 60s or older thinking that your 30s are still young, there’s plenty of time left.

Perhaps it’s more important to highlight mindset rather than age. It usually is.

We can’t deny physiological things like your metabolism starting a slow decline once you reach 30. Your testorone also starts to go down from that age too. In general, your body isn’t going to be as forgiving when you treat it badly as you get older.

That being said, the young have the challenge of an underdeveloped frontal lobe until turning 25, which makes rational decision making harder. This can be a good or a bad thing, depending on the choices you make. I certainly felt that things were a lot better in my mind after I crossed the quarter century milestone.

Regardless of the physical limitations you have, mindset almost always trumps reality.

What I mean by that is you can decide your attitude towards everything.

The ability to reframe your world gives you the power to ignore any group consensus about what you can or can’t do at certain ages. You pick what you want to do and do it because you want to, even if it is not normal behaviour (of course I know you have the sense to follow some group rules, like not murdering people).

I’ve been a late bloomer most of my life. I’ve watched friends from high school, then university follow traditional paths, get jobs, meet partners, marry and have children. I suspect divorces to come next, followed shortly by mid-life crises.

I’ve done none of these things. I made the choice to be an outlier, as most entrepreneurs, and did what I wanted with my time, usually playing with the internet.

This mis-fitism (I think I just made up a word), also led to leading a mis-fit social life, hence I feel (and act) like I’m ten years younger than I am when it comes to things like dating, partying and meeting people.

As a concluding point I shall state the obvious: Age really doesn’t matter.

This is especially important because age, like life itself, is something you can’t control (unless you are like my 100 year old grandmother who conveniently forgot her age along the way so we don’t really know how old she is).

What is more important is not how old you are, but what you do with your time.

What you choose to do with your time, is dictated by your choices.

Your choices are heavily influenced by your attitude, and your attitude is very susceptible to the world around you.

Therein lies the most important insight. Right now you are strongly influenced by two forces –

It’s impossible to not be influenced by these two groups. People are influenced by other people, that is how we work unless you run off into a cave and shun all human contact.

I for one like living in a place with running water, toilets and mrs fields cookies, hence I will choose to exist with all you other smelly people.

The key is to become aware of the influence, the expectations, and see them as what they are – the attitudes of other people.

If you open your eyes to this you gain the power to pick and choose what influences and groups you belong to and how you live your life.

As entrepreneurs that mis-fit label is hard to avoid. It’s not a “normal” thing to do, to start a business and not get a job. You are going to be in the minority and thus you are going to face many opinions and attitudes that don’t agree with what you are doing.

This is especially challenging because most people won’t even be able to understand why you are making the choices you do. They will see you as foolish, making a mistake and may even become angry that you are not living life with the same conditions they are.

It might be hard at first, but once you become comfortable, and then confident in your choice to be an entrepreneur, you will never be bothered by expectations.

Things like what you can or cannot do at a certain age will be nothing more than a fun topic of conversation, rather than an actual restriction placed on your life.

Remember, it’s all in the mind.