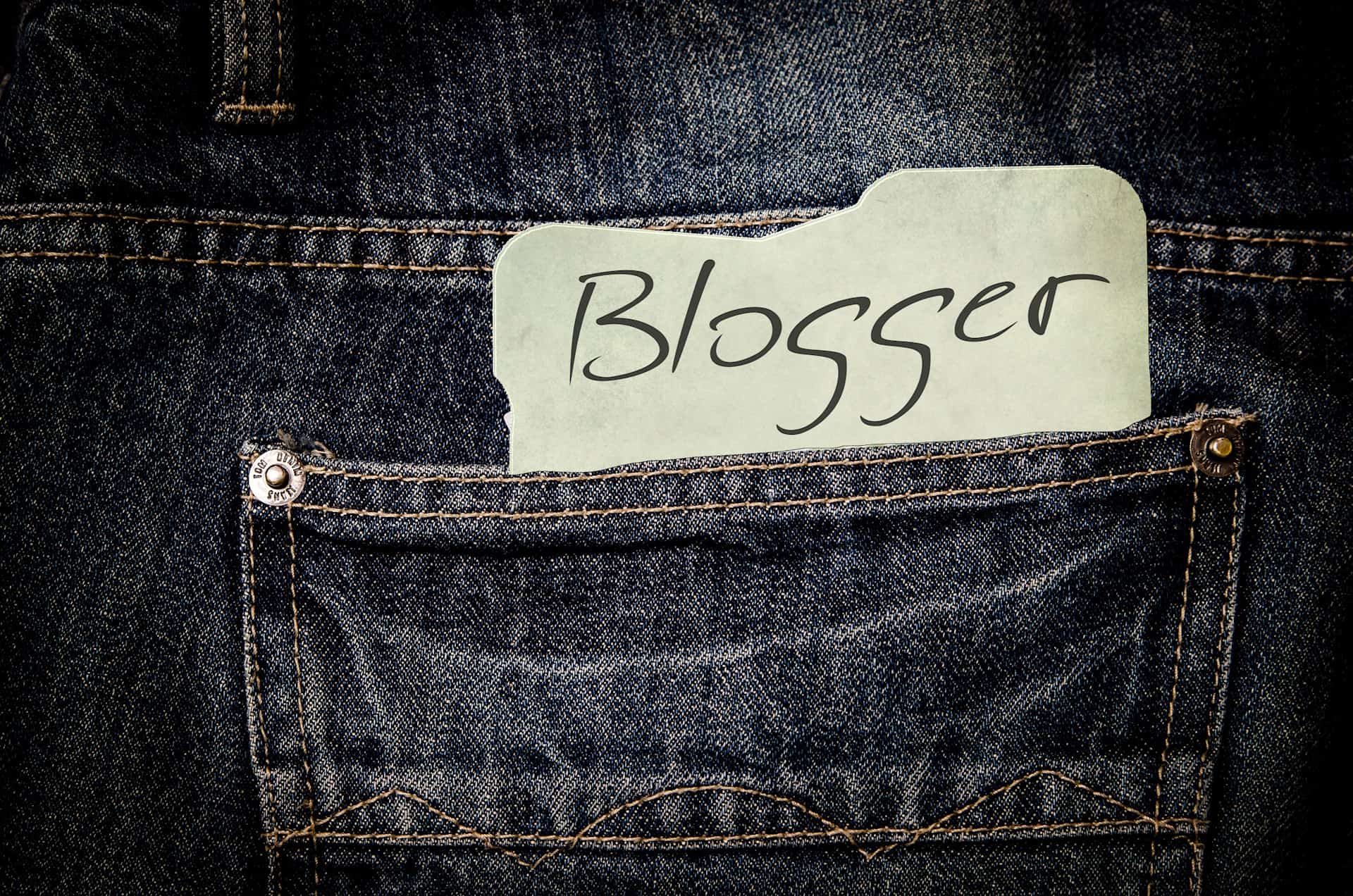 Do You Have What It Takes To Be A Professional Blogger?

In the first part of this series on professional blogging as a business model I explained the content = traffic = money equation as the root formula for nearly all currently successful professional bloggers and those who are working to replicate their success.

If you have not done so already, please read the opening article here –

I first came across Darren Rowse in 2004, and his Problogger.net blog appeared to be well put together and intriguing, but at the time I was beginning my research into blogging and was far from making any money from my own blog – in fact I didn’t have any intentions of doing so. If it wasn’t for one unique thing, that Darren was an Aussie from Melbourne and I am from Australia too, I would not have spent nearly as much time studying Darren and his blog as I did.

Darren has a lot to answer to in the professional blogging world. It’s partly his fault that so many people currently do or are attempting to make money from blogging. If it wasn’t for events like this slashdot news post in July 05 about Darren earning between $10,000 and $20,000 per month from blogging, and the countless articles, blog posts and offline newspaper features on Darren’s success (he’s probably seen cheques and payments at double or triple his 2005 monthly income average since then – Darren?), not quite as many would know that this whole professional blogging thing was possible.

If it wasn’t Darren then no doubt some other professional blogger would have risen to spread awareness of the potential of blogging for income. No matter who did it, the outcome was always going to be the same – professional blogging rising in popularity as a new hit online occupation available to the average person with a computer and net access.

What Does Darren Have That You Don’t?

Many people assume that it’s Problogger.net where Darren makes big bucks from because it is the first blog they find with his name on it. Worst still, some bloggers walk away thinking that writing about professional blogging is the key to becoming a professional blogger, resulting in all kinds of little “mini-Problogger” sites sprouting up, either constantly linking to Darren’s posts, or providing weak content because they don’t have the experience – they are not professional bloggers and don’t earn like Darren earns – you have to walk the walk before you can talk the talk.

There are a handful of blogs that produce great content on professional blogging, but none do it like Probloggers does it. Darren owns that niche.

If you take a look at Darren’s post – How Much Do I Earn from Blogging? – you will see that it’s in fact because he operates 20 blogs (that could be an old figure now) that he earns so much and I’m pretty sure if you did some analysis of Darren’s network, a small number of sites bring in the majority of his income (another example of the 80/20 rule). Those sites are very likely his heaviest trafficked sites, relying extensively on search traffic since search engine visitors are more likely to click ads, unlike Problogger.net readers who know very well what an AdSense or Chitika ad looks like.

Part of the explanation for Darren’s success is the amount of blogs he runs, the timing he had starting certain blogs early enough in hot niches so they would come to dominate search results in time, and finally the man himself – Darren’s prolific writing abilities that provided all the content over the years at multiple blogs on a range of topics.

Does any of this make Darren different to you?

Do you think you have the potential to become a professional blogger of Darren’s calibre?

Have you ever noticed how many Russian tennis players dominate the top rankings? As I type this there are 12 Russian women in the official WTA world rankings top 50.

It’s a widely held hypothesis in the tennis world that the Russians are doing so well presently – as opposed to past tennis powerhouses like America, Australia and the origin of tennis, England, who struggle to produce grand slam stars like in previous years – because Russians want it more.

Tennis in Russia isn’t just a sport, it’s a ticket to a better life. In Australia and the USA if your tennis career doesn’t work out your lifestyle remains pretty good, hence the burning desire – the motivation – isn’t there. To Russians, every tournament and every training session is taken extremely seriously – you can see the hunger in the player’s eyes and attitudes.

Darren Rowse in a way is like a Russian tennis player. In his previous life before blogging he earned standard salaries, did jobs that involved manual labor and based on the variety of jobs he had (see this post he made for examples), faced difficulty finding an occupation he enjoyed that brought in much money.

Once Darren’s blogging started to take off you can imagine that he was blown away by the potential and knuckled down hard, looking at blogging as a ticket to a better life because he enjoyed it and because the income potential was there. Not many people would have invested the energy that Darren did and still does, hence he is one of the rare cases of solo-blogging success on a big scale.

Is The Key To Professional Blogging To Act Like A Workhorse?

Certainly your ability to produce articles is vital if you plan on being the only source of content on your blogs, but as I discussed in the first article in this series – most bloggers fail for all kinds of reasons to remain on track for long enough and don’t provide enough quality output. They might be lazy, lack enough positive reinforcement or signs of incremental success, and results are too slow for the amount of work required.

Many hard working bloggers don’t realize professional blogging level profits for another bunch of reasons like poor topic selection, little income potential from their audience, too much competition or the luck element is just not there.

Even those professional bloggers who do realize full time income from blogging and enjoy the independence of the occupation, eventually realize that rather than creating a business with a sustainable income model they have created a job for themselves. Essentially professional bloggers are like freelance journalists, dependent on their ability to perpetually type day after day in order to keep the content = traffic = income equation functioning.

You might argue that top bloggers can one day quit producing content and still enjoy ongoing passive income because the search engines will keep bringing traffic to their archives of content, producing perpetual ad revenue long after the fresh content drip is severed.

This theory is okay and I suspect it proves true for the elite blogs, but it is not a very solid exit strategy because it relies on the whims of Google and search engines for stable income. Darren Rowse recently suffered this exact predicament when Google switched off the juice.

The first time it happened to me my traffic (and income) plummeted to a third of what it was in December of 2004. It hit me hard and almost knocked me out of blogging for money.

Source: What should you do if your Google Ranking Falls and you lose all your traffic?

Steve Pavlina is perhaps one of the best examples of a blogger who could stop writing and currently doesn’t write every day (although he does write some nasty sized articles) and can expect reasonable income – very high income compared to most bloggers and salary workers – for many months and even years to come thanks to his blog archives.

I can’t see Steve losing his traffic since he has so many sources of it. Not just Google and search engines, but the millions of incoming links from blogs, other sites and social networks and all kinds of communication channels both online and offline, and the no doubt the most powerful source – offline word of mouth, to bring in visitors.

As much of a shining success story Steve’s is, most people have to accept they are not like him, they don’t blog in a topic so widely applicable (how’s “the human race” as a target market!), they don’t have his gift for teaching with words, they haven’t the self awareness raising experience and education to draw from for content. The fact is the quality of his content and the size of the niche he dominates makes him a very rare case – a gifted blogger if you will.

I for one never want to be entirely dependent on Google for my income, either for the traffic through search results, or from revenue streams like AdSense, if I ever grow tired of blogging. I don’t want to blog every day either, or at least I don’t want the pressures of having to blog everyday or even regularly knowing that if I don’t I won’t be successful or make much money. I also realize my niche and my content, while certainly valuable, will never be as crowd pulling powerful as Steve Pavlina’s is.

I suspect you mirror my sentiments and eagerly await the solution I propose.

If you have had enough of blogging but you rely on it for income, you can always sell your blog(s).

Depending on how much you currently earn from your blog, how much traffic you receive, what topic you write about, what type of audience you attract, how you have structured your blog (how dependent is traffic on your personality, experience and writing style – your personal brand?) and what the future potential for your blog is, you can expect to earn multiples of between ten and twenty times your current monthly revenues as a sale price.

For some bloggers this will be a significant amount – Darren Rowse could probably bring in excess of a million dollars based on what I expect his monthly earnings are. Steve Pavlina, similar amounts. For others selling their blog will bring in enough to sustain them for long enough to have a holiday for a few months or buy a nice care – maybe a year’s salary at most. Sadly though, most would-be professional bloggers can expect maybe one or two thousand dollars per blog, or less, given the average income of bloggers.

Creating and selling blogs can be the specific reason a person begins blogging in the first place. This is a blog flipping strategy and it is possible to earn a living doing it, but yet again it lacks a sustainable system if you are the only person producing the content and managing the blogs.

Professional Blogging Is Not A Sustainable Business Model

As far as I can tell there is no way to create a sustainable business model if you are the only person doing the work as a professional blogger. The best result you can hope for is a very well paying scenario of self employment.

This is good for a while, but as every truly successful entrepreneur knows, self employment is not the secret to attaining a superior lifestyle. Self employment reduces freedoms and creates dependencies on your labor. That is not what most people want.

That of course doesn’t mean that blogs and blogging for money cannot be the foundation for a successful business model that doesn’t place you in a situation of self employment.

In the next article in this series on professional blogging as a business model we look at situations where bloggers are earning top income and top traffic thanks to a little secret advantage they have that most aspiring professional bloggers do not. Stay tuned!

Click here to continue and read part three of this series¦