I can remember listening to many podcasts over the years that featured a certain sponsor – Grasshopper, a company that provides virtual telephone services.

David Hauser is the founder of, among many companies, Grasshopper, by far his most successful business. It reached $30 million a year revenue, before being acquired by Citrix Systems for $170 Million back in 2015.

There was a good reason why I was constantly exposed to Grasshopper. As David explains during this interview, they were pouring millions of dollars of revenue back into marketing and sales, aggressively growing their tech startup.

Listen to this podcast and you will hear David tell the Grasshopper story, as well as the background behind several other businesses he had during his entrepreneur’s journey.

Grasshopper never had outside funding. Instead, David and his team took advantage of being early adopters of pay per click advertising (before Google), to buy cheap clicks and rapidly attract their first 1,000 customers.

From there, they began pouring revenues back into marketing, sales, and good customer service to encourage word of mouth growth.

David and his team also created several spin-off companies, including Chargify, a business that offers help with recurring billing, a function within Grasshopper they had to build-out three times. 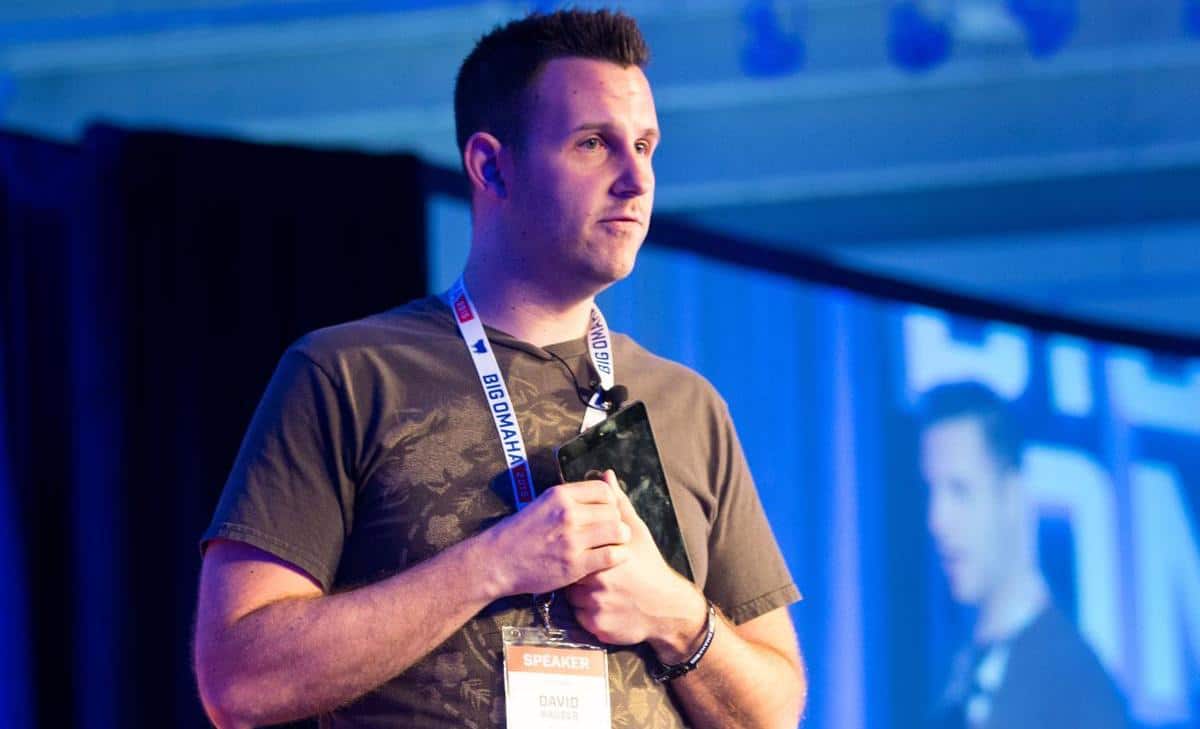 After David exited Grasshopper he felt a little lost, no longer identified with the company that was his life for the previous 12 years.

He went on to become an angel investor, completing over 100 investments in companies, including Intercom, Unbounce and Groove.

He’s also publishing a book, ‘Evolve: Optimize Your Life, Body, and Mind.’, which we talked about towards the end of the interview.

I asked David what he would do differently given hindsight, and you might be surprised to hear his answer had nothing to do with how he grew his business. Instead, he focussed on what food he put into his body, and how much he slept.

If you’re an entrepreneur focused on the SAAS space, this interview is a must-listen.