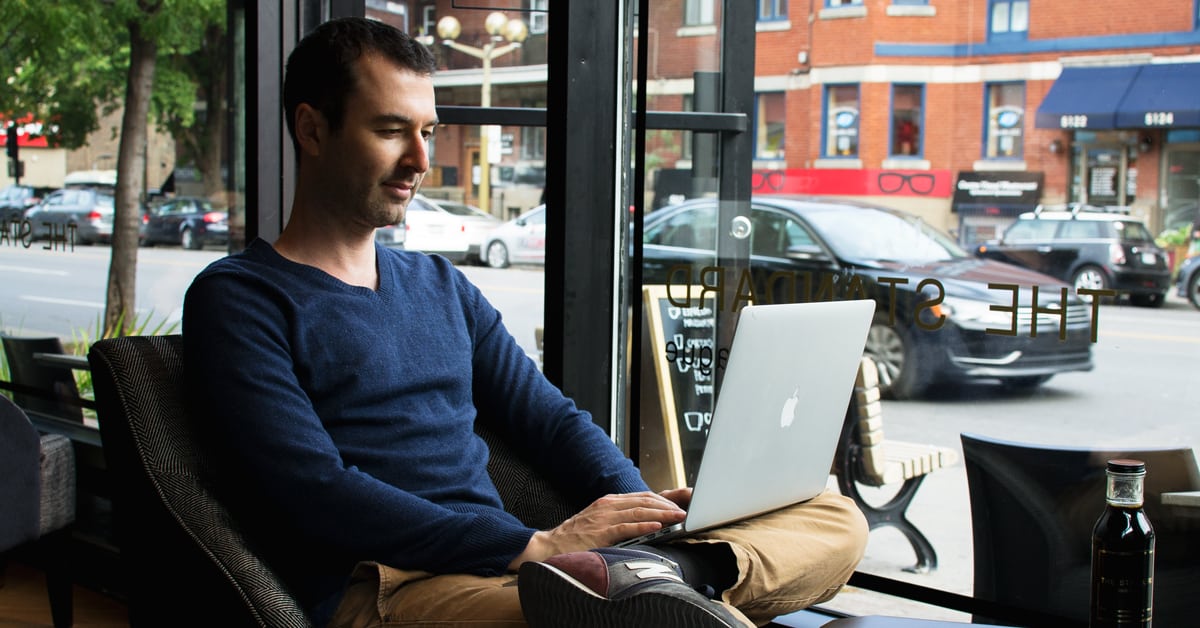 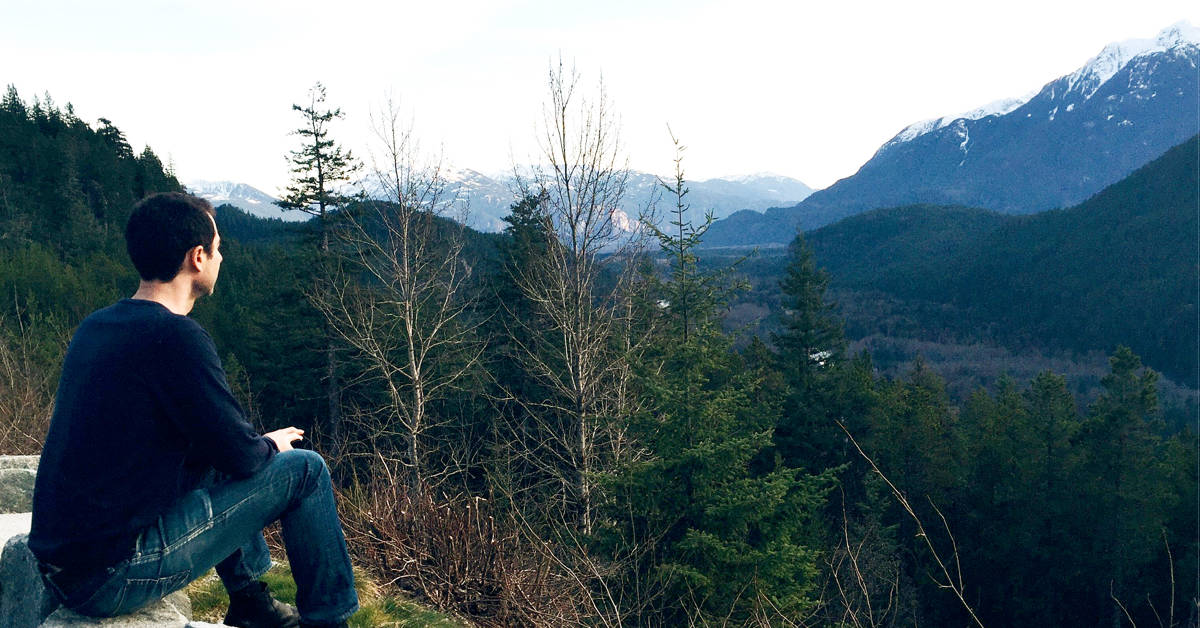 Like most days, I started my morning lying in bed on my back, feeling a combination of excitement and stress as I stared at the ceiling, thinking about all the things I’d like to change about my life.

I was 23 years old, graduated from university, renting a small townhouse in Brisbane Australia with two girls – one a lawyer, the other an engineer — who were rarely home.

I didn’t have a job. I was an online entrepreneur.

At least that is what I attempted to be every day, plugging away to make money from various online projects.

My computer, conveniently positioned right next to my bed, was the starting point of my ‘work’ day.

I rolled out from under the covers, clicked the switch to turn on my monitor and immediately checked my emails.

From that point forward my emotions would turn from motivated to get things done, to progressively more and more tired, then eventually overwhelmed and stressed.

I spent almost my entire day sitting alone in my bedroom in front of a computer.

I went for walks, rode my bike to the grocery store to pickup food, or occasionally met up with friends for a catchup tea, but for the most part, I lived my life online.

From Sugar Rush To Lost Child

As I scanned through my emails that morning, I received some good news – someone had purchased one of the packages from my online editing business.

It felt like a sugar rush to make money.

I didn’t wake up to a sale like this every morning, but when I did I immediately had a burst of energy and felt that everything would be okay.

My business would succeed, I’d be rich and all those doubts I feel would be gone for good!

By mid-afternoon the sugar rush was gone, I was tired and my mind would wander.

I’d begin clicking links in emails and on websites, reading about other people making money online…

Plus there were all the other ‘opportunities’ that bombarded my mind every day.

From social media, to video, to podcasting, speaking from the stage, selling physical products on eBay or Amazon, running product launches, teleconferences and webinars.

It was overwhelming, but also addictive.

Other people’s success made me excited, curious and depressed all at the same time.

I was jealous of their results.

– I wanted millions of people visiting my website every day.

– I wanted to buy traffic from pay per click ads to sell affiliate products and make a million dollars a year, or make $40,000 from just one webinar, or bring in thousands a day from selling some kind of toaster on amazon.com.

It all seemed so amazing, so exciting, yet so far away.

The truth was that my business was growing at a snails pace.

I was surviving by keeping a casual job working at a university library to supplement my income.

At night as a result of being exposed to all these success stories and being lured by money, I’d start side projects trying to copy what these people were doing.

Most of the projects lasted a day, maybe a week at most.

They were all distractions, chasing money just for the sake of money.

(Years later this would be known as ‘shiny object syndrome’, something new entrepreneurs today still suffer from.)

The end result of all this floundering about was a sense of confusion, frustration and failure.

When Friday rolled around I felt the worst.

This is when the depression and despair set in…

I was alone, with no real social life, no friends I could talk to who understood what I was going through, no mentors, guides, or people who had experience with online business.

I was isolated, and it was a bigger problem then I realized.

The Truth I Couldn’t See

I love spending time alone. I feel 100% me when by myself, especially when doing an activity I love.

Unfortunately this sense of comfort with being alone blindsided me.

I didn’t understand what was wrong because I didn’t think anything was wrong.

I kept working for so many years entirely in isolation because I thought if I just kept at it for long enough something would work.

…Is what I told myself.

There’s some truth in that belief, but it also cost me SEVEN years.

I say it cost me that much time because I wasted all those years working entirely alone, doing everything myself, and repeating the patterns that kept me unsuccessful, frustrated and during those horrible Fridays — depressed.

I can tell you this in confidence today because I’ve seen people in recent years rocket to success much more quickly than I ever did.

These people were just as I was back then, keen to create an online business, but starting with absolutely nothing.

They then proceeded to build amazing businesses that surpass $100,000 a year in their first or second year (a level that took me seven years to reach!), then push on towards million dollar businesses within three to four years.

…they didn’t do it alone.

When they started they sought out people who had succeeded in business and done what they wanted to do, then found a way to get some time with them to ask for advice.

They joined online communities, became part of mastermind groups, hired coaches and mentors, paid for courses and actively sought out the right people for advice, for friendships and for leadership.

I did none of this.

These people surrounded themselves with a community of peers — who are on the same journey as they are — so they could call on help when times were tough, when problems seemed unsolvable.

This community and mentorship helped them when they needed it most.

They didn’t get trapped in circles of despair like I did.

They don’t start and stop projects hundreds of times, or get stuck paralyzed for very long.

They learned how to stay focused and pick the right things to focus on, because other people taught them how to.

I didn’t have this advantage. I was foolish enough to believe I could do it all on my own.

As a result, I spent much of my first seven years in isolation doing the wrong things, a mistake I don’t want you to make.

You Don’t Have To Go It Alone As An Entrepreneur

Your Invitation To My Private Coaching Community

I just opened up doors to the Laptop Lifestyle Academy, a new membership site and community I created to make sure no entrepreneur who desires freedom has to build their business alone.

I don’t want you to go through what I went through for as long as I did during my early days online.

If this story I just shared with you resonates, head to the Laptop Lifestyle Academy to learn all about the program.

I’d love to work with you over the next 12 months or more to help you grow your online business.

I’ll see you inside the Academy.