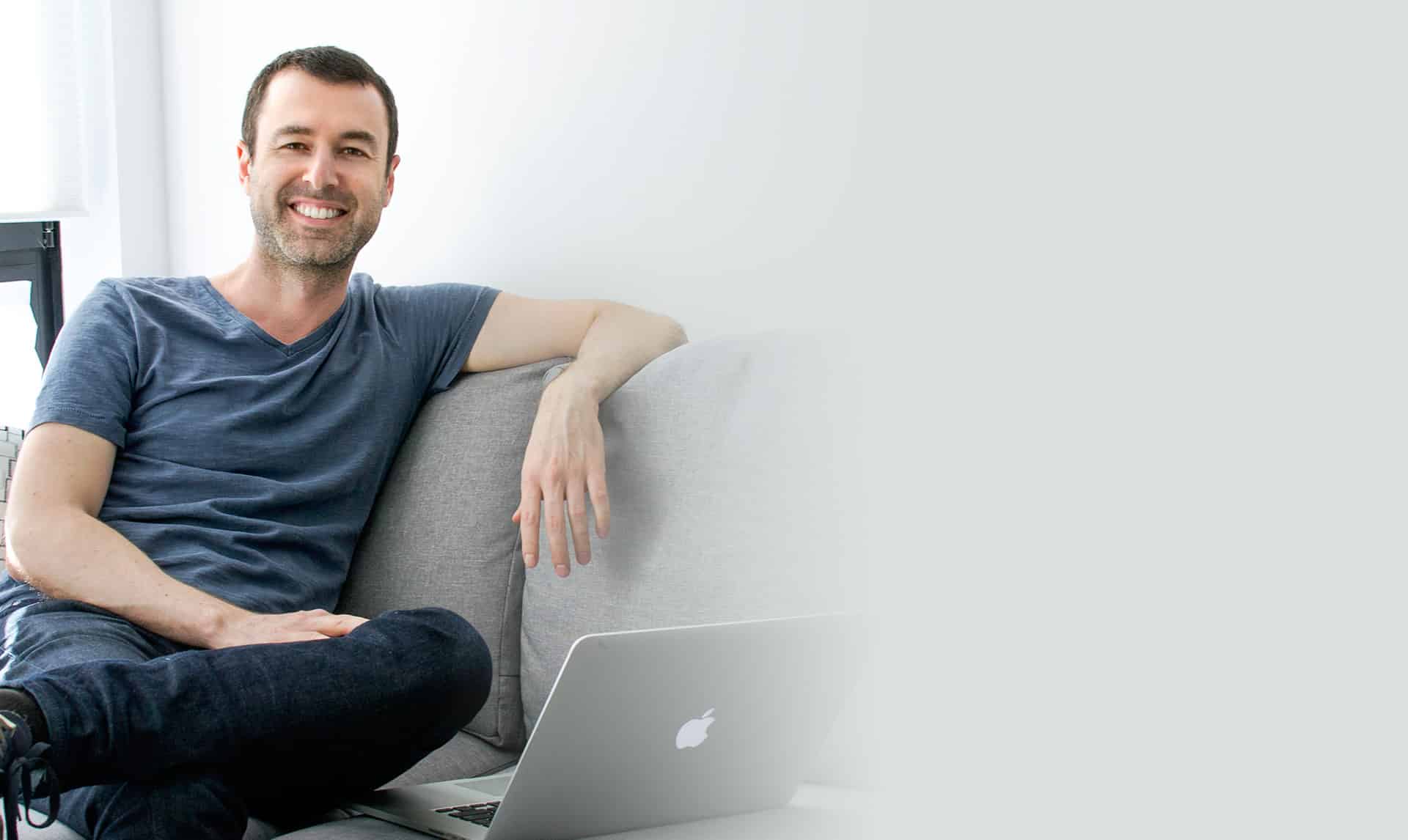 My Secret To Good Online Video Lighting: A $20 Lamp From Ikea

Over the last two weeks I’ve been doing some video recording work at home.

My goal was to create a new optin video for the new EJ (now Yaro.Blog) design I have coming out soon. I also needed to create the video for the sales page of my upcoming product, the EJ Insider, a monthly interviews club.

I’ve been recording videos since 2007 for my YouTube channel (please subscribe!), which have over the years slowly improved as technology has improved.

For many of my old day-to-day videos I recorded while traveling the world, I used a creative VADO camera. Later I upgraded to a Sony handycam, then once HD came in, I went back to the VADO with their HD version.

Just recently I was lucky enough to get my hands on a Canon 60D from my friend Jay Jay, then when my friend Tuan was given a Canon 6D with a nice long lens, I was able to have a play with that too.

I have to say the Canon 6D is the best so far, although you certainly pay the price for it. What’s particularly impressive is how good it is in low light, but more on that in a moment…

Once I decided that video was going to be part of what I do online, I enlisted the help of my friend and video expert Gideon Shalwick.

Over the years Gideon has given me advice with hardware and software for online video, including helping me purchase a set of hefty home studio lights.

This is what I have now, which cost if I remember about $1,300 in total for the pair of lights. 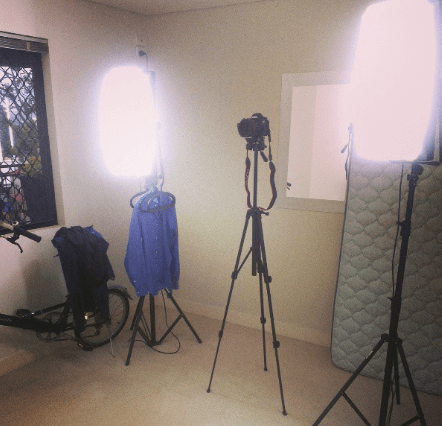 My Lightpro 110A lights and Canon EOS 60D in the middle.

While I have done most of my Yaro.TV daily videos just around my house or out and about using whatever lighting was around, for my sales page and optin videos I used the home studio with the standup desk in the background.

About three years ago I used my home studio, lights, and the VADO HD to record two optin videos, one for my Blog Profits Blueprint landing page, and one for my Membership Site Masterplan landing page. I then used Screenflow for Mac to edit the videos.

Unfortunately I was not impressed with the background lightning and made the less-than-good choice to use Screenflow to brighten everything up. The end result is a very pink looking Yaro, which I was not very happy with, but put out there anyway.

This time, with the power of the Canon 6D camera, I was determined to make something better.

Over the previous two weeks I did two separate recording sessions. One with the 60D then another with the 6D, hoping it would look better.

As hard as I tried with the studio lights and the expensive camera and the latest version of Screenflow, I just couldn’t get it to look great. Even if you put that video up to HD on YouTube settings, the lighting isn’t great.

Now part of the problem is simply how I set up the lights in the room, so I began to play around with using other areas of my apartment with or without the lights.

I was particularly keen to get that cool blurred background effect using depth of field settings (apparently known as “Bokeh“). I struggled with the Canon 60D to get the blurred effect I think because the lens is too small, but the Canon 6D has two areas on its lens that can be adjusted to easily create shallow or deep depth of field, blurring the foreground or background easily.

After playing around with natural daylight or studio light in different parts of my apartment, I did improve the video quality, which with the blurred background was looking good, but it still wasn’t exactly what I wanted. The background was too busy or the lighting still looked very flushed because of lack of shadow.

Since I had already spent two days recording videos I wasn’t going to use, I gave up on filming that day feeling a little frustrated. However I did record one more impromptu video that evening…

Later that night on my Facebook timeline Amy Porterfield popped up with one of her videos.

I’ve always loved Amy’s videos. They are very clear, to the point, relaxed, with a warm mood lighting feel, Amy sitting in front of her lounge, and the soft blue wall with pictures hanging on it, all blurred out in the background.

You can see what I mean in this video from Amy –

It helps that Amy can also deliver her words the way she does. I don’t know whether she uses a script or not, but she’s definitely natural. I also liked her use of background music.

On a whim, I decided to have a play with the 6D and record something like Amy’s video. I set things up next to my couch, using my side table lamp for lighting, and with Amy’s speaking style fresh in my mind, produced this video –

That video, to me, looked better than anything else I had done over the previous days I had spent in my recording studio with expensive lights.

The Canon 6D had managed to use the light – at night I might add – from a basic $20 Ikea lamp and thanks to it’s impressive low light performance, pump out something simple and inviting. No microphones, just me, the lamp and the camera.

This encouraged me to try a new angle. I’d go without the studio lights, aim for a casual style and of course, use the depth of field settings to make something simple and relaxed.

The next day was Saturday. I had the whole day spare and I was determined to finish recording the content for both videos I needed.

I spent the morning getting myself ready – had a shower, trimmed the stubble and picked out what clothes to wear. I had managed to get a stain on my light blue video recording shirt, sigh, so needed something else. Lucky it was cold enough that day for a sweater, so I popped on the dark blue basics.

I then started to play around with using the daylight and the lamp together to find a good spot, with a nice background for filming.

Nothing looked right, then I went into my bedroom and noticed that the back of my bedrest, with a lamp and some books would be the kind of minimalist style that I was after. I added a few more books, got the camera set up and again started playing around with the lighting.

I had the window open for natural light direct on to my face, but again without shadow it didn’t look as good as the video I did the previous night. I brought my trust Ikea lamp in and placed it near my face hoping to create some shadow.

It helped a little, but the daylight was too strong, so it really didn’t produce the effect I wanted.

I pulled down the blinds, basically blocking out most of the daylight. I then positioned the lamp on top of my ironing board, off to the right of my face, and did a test recording.

The result, was great.

Amazingly enough, filming in a dark room with a soft bulb in an Ikea lamp, using the 6D’s low light abilities, produced the best quality footage. 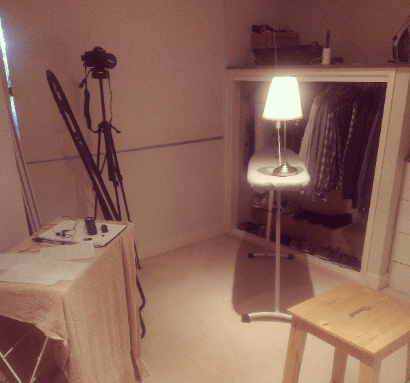 My video studio: An ikea lamp, an ironing board, the canon 6d camera and a stool for me to sit on, all in my bedroom.

I then spent the rest of the day doing various takes at two different angles (one at waist height up, and one close up headshot) and had my footage.

I used a Zoom H1 audio recorder with a Rode Lavalier lapel microphone and edited it all together using Screenflow. I also added some background music that I purchased from Audio Jungle.

The end result, was this new video for my newsletter optin –

I really like it, of course time will tell if it is actually effective.

I’ve just finished editing together the EJ Insider sales page video, which is 11 minutes long, so took a bit more work to finish. I’m really happy with it. I much prefer the lightning and the casual format. Using this style (and perhaps because of Amy’s influence), I used a more relaxed presenting style, not worrying about whether I missed certain points, so I feel like it is less “salesy” too.

I have a teaser from that video up on YouTube, but I’ll save that for a future blog post about the EJ Insider later.

For now, tell me what you think, do you like this video style?