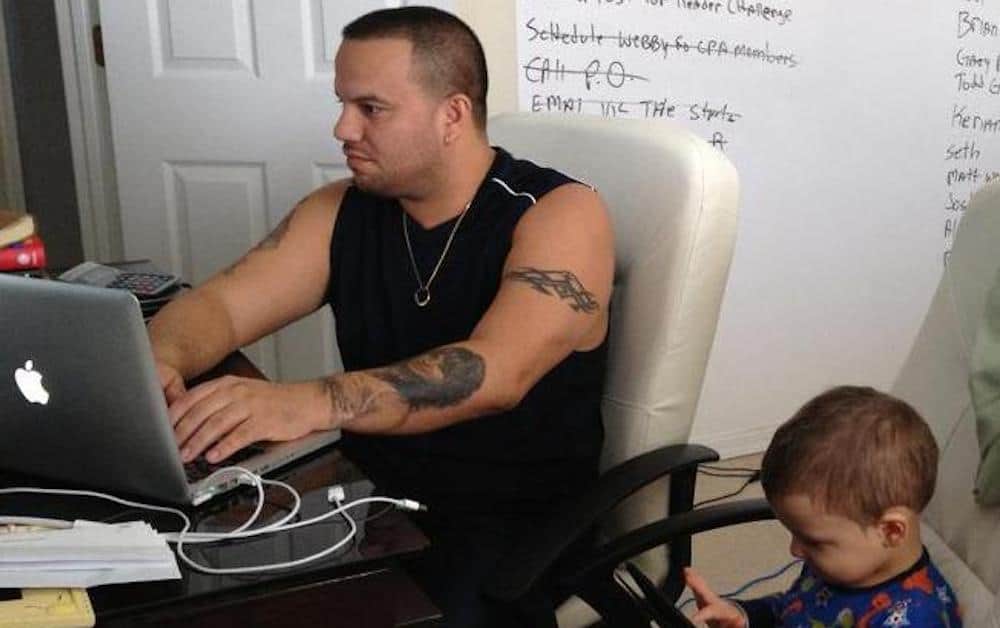 From Father Of Three And Walmart Employee, To Internet Success Story, Joey Kissimmee Explains How He Made It Big Online

Joey Kissimmee worked at Walmart for ten years. During that time, to make extra cash he went online and managed to bring in a few hundred to a few thousand dollars a month whenever he needed it.

He started with eBay, ordering a CD-Rom from a poster he saw on a telephone post. Thinking he could just stick the CD into his car and listen to it, he learned after his wife told him, that no, you need a computer to play a CD-Rom. He bought a computer two months later.

After eBay Joey had a stint with MLM programs then moved on to promoting affiliate products from Clickbank.

His tactic was to learn how to do something, then create videos on YouTube to show people how he did it. YouTube back then was a lot easier to get traffic from and he used it to build an email list of other people who were like him, working a full-time job but looking to make extra cash online.

During this time Joey never saw his internet income as a real business, just extra cash. Finally, one day when he was at a bank depositing some checks he had made online and his salary check from Walmart, he realised that his online income was greater than his Walmart income.

Although he didn’t quit Walmart immediately, eventually he did and became a full-time online marketer in 2010.

From Casual Income To A Proper Business

In this interview, you will hear how Joey grew from a person completely computer illiterate, to a full-time internet marketer.

Joey had his first child at 17 years old, and then another two children over the next 15 years. Supporting family has always been his number one priority, hence it took him a long time to have the confidence to leave his job.

Today Joey does a lot of different things. He sells software that provides services, has membership sites that teach people how to do what he does, creates iPhone games and is currently working on a WordPress theme service.

During this interview you will experience the story of Joey’s progression from no computer skills, to hacking together different ways to make money, building his personal brand and then in more recent years focusing on more sustainable, recurring income business models.

Where to Find Joey Online