From College Baseball Professional, To Facebook Advertising Expert, Brian Moran Shares How He Made A Million In His First Full Time Year Online 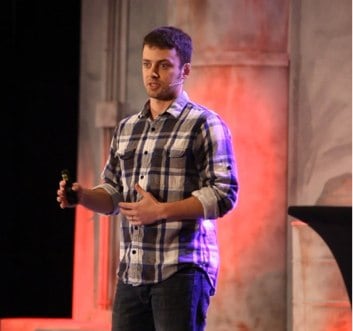 Brian Moran is an all American college baseball player who just happened to get really good at selling using Facebook ads.

How good? He made over a million dollars in sales in his first year of full-time business. Not a bad start.

Brian graduated college into one of the worst employment markets in US history in 2008. He managed to scramble together work and eventually found himself in a well-paying job, at least compared to his peers at the time (he was making 60K a year).

He didn’t like his job and when he stumbled across an ad from Sterling and Jay (the Internet Business Mastery guys) about how to make money selling information online, he jumped at the chance.

His first business was baseball, which he grew at night while still working his full-time job. Facebook marketing became his main source of traffic and he started making a few thousand dollars a month selling baseball training products.

One day he met a guy also in the baseball training market who suggested he start teaching his Facebook techniques. Brian launched his new business and it quickly surpassed his baseball business.

Brian eventually quit his job and now generates over $100,000 a month thanks to his businesses, which are primarily driven by Facebook traffic.

If you want to learn how Brian generates leads from Facebook and how you can too, and also be inspired by another person who was able to start his business while working a full-time job, this is the interview to listen to.

IMPORTANT: Make sure you listen to about half way through the interview where I ask Brian to break down why he is so good at using Facebook ads and how you can use Facebook too, a completely new source of traffic.